LAGRANGE — Despite a letter from the township trustees saying LaGrange Township won’t “accede to the demands” from the village, LaGrange Village Council still hopes the two sides can work out their differences without the village seceding.

Thursday night, Council met for the first time since the township sent a letter telling village leaders that the trustees “have grown weary of the continued unsubstantiated criticism directed toward the township.”

In the letter, the trustees said the village has accounted for 60 percent or more of the fire and EMS service calls for the township fire department. Village Council members said they weren’t sure where the township got the numbers it was using.

“These are just percentages, and they don’t make any sense to me,” Council President Gary Kincannon said. “I can’t believe 60 percent of the runs are in the village and only 40 in the township.”

Kincannon said he would like to have the township fire chief, James Rader, come to a committee-of-the-whole meeting and go over the numbers with Council.

Council also questioned why it would matter if a resident from the village or township requested service from EMS, since EMS isn’t paid per run.

“Also the biggest cost here, what they’re saying, is EMS,” Kincannon said. “The EMS cost where they’re saying it’s this much for the township and this much for village, but I thought EMS was paid by the hour, whether they were watching TV, playing cards or on a run. I asked the mayor to reach out to (LaGrange Township Trustee Gary) Burnett, and that’s a fact: they aren’t paid by the run. It makes no difference at all.”

Kincannon said he was at a loss and didn’t know how to respond to the letter.

Mayor Kim Strauss said he spoke with Burnett, who had a suggestion on how the two sides might work things out.

“I’ve been asked to talk to Council about if both sides brought in an independent arbitrator to look at both sides’ concerns, all the issues and the numbers and say, ‘This is what you ought to do,’” Strauss said. “I thought it was a great idea, only because it seems like we’re not getting anywhere.”

On Thursday, Council said it had meant for what it presented to the trustees to be more of a proposal rather than an ultimatum and had hoped the township would have come back with a counterproposal.

Village Council seemed receptive to the idea of bringing in an arbitrator to help with the situation.

The village hopes to reach out to the township and set up a meeting where both sides can sit down and discuss things further. 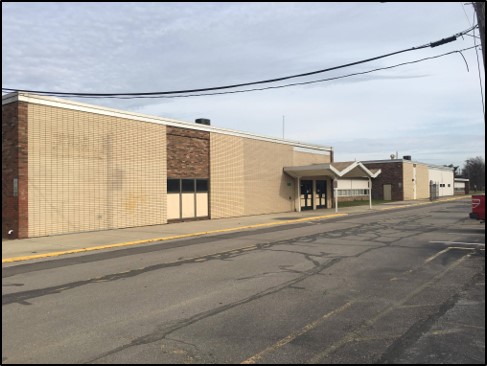