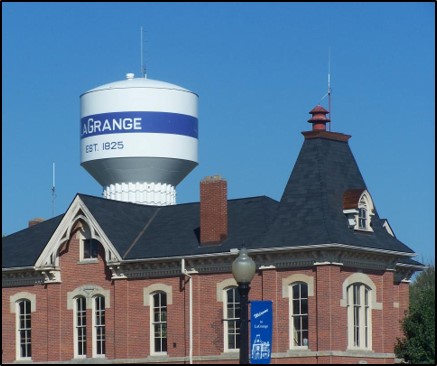 Mr. Chuck Sturgill of Appomattox Court was also sworn in to Planning Commission before last night’s meeting. Mr. Churgill is a long-time resident of LaGrange and is the General Manager of Elyria Ford. Mr. Sturgill is a resident of Union Station. Having Union Station represented on the Commission is vital. The Durham Ridge development already has representation on Planning Commission President, Mr. Chris Gates. Mr. Gates is a Project Manager for the Cleveland Clinic.

Welcome to all of our new members! 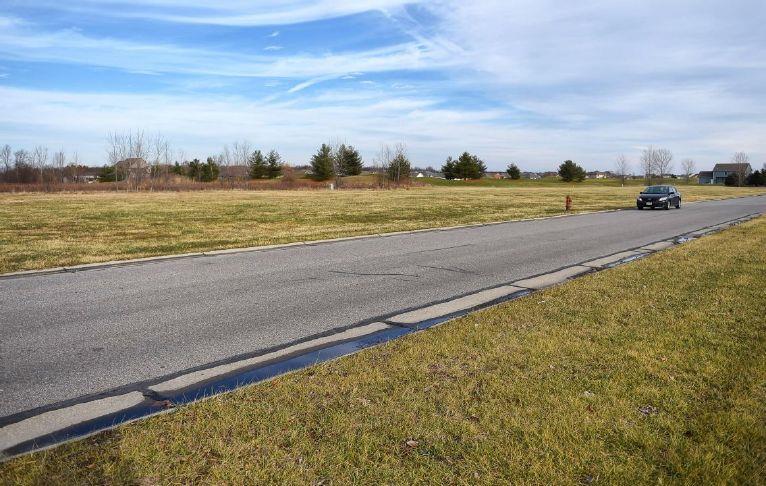 The development would include 48 two-bedroom, one-story units, as well as a leasing office and four stormwater management basins, said Chris Howard, vice president of Bramhall Engineering & Surveying, the company handling design work. Developer Jason Scott said the apartments’ name is still in the works, but he’s looking at a Civil War theme.

LAGRANGE — Extra chairs had to be brought in to seat the crowd of LaGrange residents who attended Thursday’s Planning Commission meeting to express their concerns about a proposed apartment development that would be built on U.S. Grant Street near North Center Street.

Thursday’s meeting only included an informal presentation of its plans, so Planning Commission did not vote on approval of the plans. The next step in the process is for Village Engineer Doug Nusser to look at the developer’s plan and determine its compliance with zoning codes.

But that is where the confusion begins for the village. The land the apartments would occupy is zoned as planned unit development (PUD), but village leaders and Planning Commission members were not certain on what uses of the land would be permitted by code.

Mayor Kim Strauss, who sits on the Planning Commission, said confusing and seemingly contradictory codes governing the PUD have the village looking to Village Solicitor Jon Clark for legal advice on how to proceed. Some residents questioned Strauss and the Planning Commission on whether the area is zoned for apartment development.

“It is very confusing at this point,” Strauss said. “We still don’t have an exact answer.”

Nusser said the village needs to figure out what the approved use is for the land, so he can determine if it may need to be changed for the development plans to forward. Some residents in attendance thought LaGrange does not need any apartments at all.

When Scott, the developer, told the crowd that there is a high demand for apartments wherever they are built, some in the crowd replied, “Not here, they’re not.”

Others raised concerns that the additional residents the development would bring could produce dangerous traffic in town, create trash collection and snow plowing problems or put a strain on Keystone Schools.

Strauss said he has been in communication with Keystone Superintendent Dan White, and the district is prepared for any new students the development would bring. As far as the idea of building apartments as opposed to some other kind of development, Strauss said the alternative might be a Family Dollar or similar store.

“Something is going to go there, whether it is commercial or this residential,” he said earlier Thursday. “I would rather see that developed into residential apartments than all of it go into commercial.”

Because the village cannot reject developments that are permitted by zoning codes, an agreeable solution with the developer will be the best way to please the concerned community members, Strauss said.

“They want us to just say, ‘No, don’t do anything,’ but we just can’t do that,” he said. “We have to work with the developer and that’s what we’re trying to do.”

North Star Builders previously submitted another design, but the village asked for revisions with fewer curb cuts on the street. Strauss said he finds the new designs to be laid out nicely, and his hope is that the eventual final plans would be “palatable for everyone.” 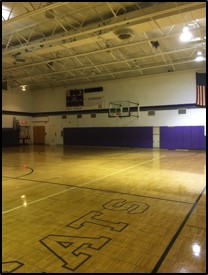 The Village is now accepting applications for the rental of three spaces in the Village Administration Building. The Gymnasium, The Lobby/Atrium and the Council Chambers can fit various size events. Please fill out the application below and return it to the Village Offices at 301 Liberty Street. Most events will require a damage insurance policy. However, that amount may be more based upon the type of event you are hosting. There will be additional information provided when you turn in this application. The first rental, the Keystone Class of 1969, 50th Class Reunion was very successful and we anticipate more rentals of various types at our location! 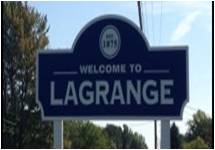 Welcome to the Village of LaGrange!

EDUCATION: LaGrange is home to the Keystone Local Schools, Wildcats. The Keystone schools are located on a new campus on Opportunity Way. the High School (opened in 2006), the Middle School (opened in 2013), and the Elementary School (opened in the fall of 2015) and a new athletic facility are all contiguous. Visit their web page at www.keystonelocalschools.org. The “Friends of LaGrange Public Library” has worked diligently with the Elyria Public Library to open our library facility in the old “Vets Hall” building in Veterans Park. Local “Post Secondary” opportunities include Lorain County Community College which is 15 miles north of town, and Oberlin College, only 10 miles away. END_OF_DOCUMENT_TOKEN_TO_BE_REPLACED

LAGRANGE — For the first time in 25 years, there won’t be a LaGrange Firefighters Association country concert.

According to LaGrange Fire Chief Jim Rader, the high cost to bring big entertainers to the small town is the reason behind the cancellation.

“We are no longer doing the country music shows,” Rader said. “The cost of entertainers has made it nearly impossible to keep ticket prices reasonable.”

The 25-year tradition also was a fundraiser for the LaGrange Firefighters Association, Rader said.

Rader said the country concert was the largest fundraising event for the department. Over the years, it has allowed the group to purchase an equipment truck, 25 pagers for all volunteers to carry, and a roof ventilation chainsaw.

With the loss of the country music show, the LaGrange Firefighters Association will have to look for other ways to offset the cost of new equipment.

A local store is planning to help ease the burden.

LaGrange IGA has stepped in to help with a summer fundraiser — a car show.

Store manager Erica Domec said the local business knows the association needs to continue its fundraising efforts and is happy to help.

“We just want to continue to help the fire department because we want to give back to the community,” Domec said. Contact Melissa Linebrink at (440) 329-7243 or mlinebrink@chroniclet.com. Follow her on Twitter @MLinebrinkCT.

“We decided to help them by hosting the annual car show on July 20, and all the money raised goes directly to the fire department,” Domec said Saturday.

Domec added that she has been in discussions with the LaGrange Fire Department regarding other fundraising efforts.

LAGRANGE — The Keystone-LaGrange Branch of the Elyria Public Library System has found a new location.

Elyria Public Library System Director Lyn Crouse said Friday that the LaGrange Village Board of Zoning Appeals voted unanimously this week to approve the conditional use by the library of the former Firefighters Community Credit Union building at 133 E. Commerce Drive.

The library plans to buy the property using funds from its November 2017 levy, which is expected to generate more than $950,000 per year for the next 30 years. The closing cost of the sale has yet to be worked out, Crouse said.

When completed, Crouse said, the new library will be expanded to nearly 6,000 square feet. Geotechnical and soil boring testing on the site is next, she said.

Crouse said members of the Friends of the Keystone-LaGrange Community Library “submitted a letter of support, and many of them attended the meeting as well.”

Village Zoning Clerk Mary Kay Gates said the Village Planning Commission unanimously recommended at its Oct. 4 meeting to send the library’s request for conditional use of the property to the Board of Zoning Appeals.

The conditional use permit was granted because the property is zoned industrial, Gates said.

“It’s been vacant for a couple years,” she said, “but it met all (the library’s) needs. It has a drive-up window and a safe room. They need to expand, but they have plenty of room there and should fall within all our rules for the expansion.”

The library system serves the Elyria and Keystone school districts. Along with the new Keystone-LaGrange Branch, it has plans to build a new Central Branch in downtown Elyria by the end of 2020, will build a new South Branch on 15th Street in Elyria and renovate the West River Branch, also in the city. Newspapers: The entire newspaper including inserts.

Aluminum, steel, and bimetal: Food and beverage cans only.

Glass: Food and beverage containers only.

Plastic: Food and beverage containers marked with a #1 through #7 on them.

Plastic: Detergent and soap containers marked with a #1 through #7 on them.

No Containers with excessive foods or liquids still in the container.

No Containers that contained hazardous materials such as oil or anti-freeze.

No Plastics not marked #1 through #7.

There are no upcoming events at this time.

There are no upcoming events at this time.